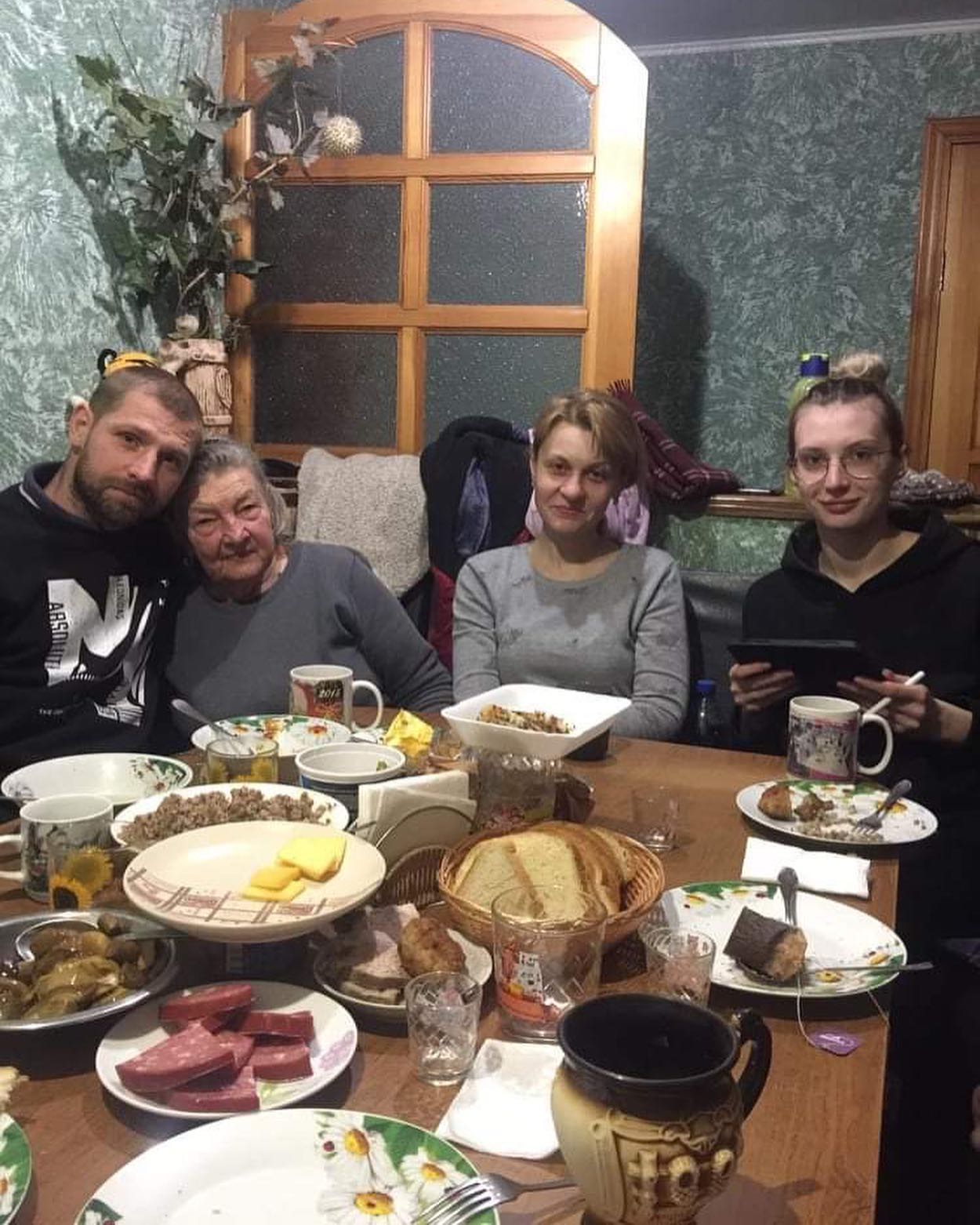 This week I have received money from kids selling lemonade down the block who donated the $210 they made to the families in Ukraine. My old (only using this word, because we are all old) college soccer club members (Milwaukee Panther Soccer Club) collected funds as a club and donated that as well. Santos Mortillaro decided to make pins (look for his story shortly and how to purchase a pin) and has raised ~$3000 and decided to donate all proceeds to people in my hometown. Our friend from college Britni and Chirs actioned off a Ukrainian painting and raised $1410. My classmates from Lake Geneva, that I haven’t seen or talked to since I graduated have donated, their parents are donating. UW-Milwaukee college student employees that are currently working or have graduated in the last 15 years are donating, people who I don’t know are donating……….I am speechless. I really am. Every single person that is donating and sharing this information is making a huge difference in the lives of the people that are living in Ukraine.
So what does the future look like for the fundraising efforts? Well, I don’t know. What I know is, that I want to have some money saved up for when this war is over. When families are ready to return to the unknown, they will need assistance, and I want to be able to assist them with whatever we can.
Again, I cannot thank you all enough for sharing, liking, posting, creating your own fundraisers, and just communicating with me. With such darkness that my family and friends are living through, you all provide them with hope. Hope that this will end and that Ukraine will be stronger than ever before.

Family Updates:
My grama has taken in the “refugees”, that’s what she is calling my uncle, his wife, and their son. If you know my grama, it’s all in good humor. They still live in the house that my grandpa grew up in and my father was born in. However, the house is on the busier street about 4 blocks away but across the street from a police station, which could be a target. So they all decided to be together, which is great for all of them. They sound upbeat, they joke around, and the day goes by faster. People in Brovary have been hearing fighting since day one. They hear explosions, they hear fighting, they hear rockets…. it’s not that far away. Most of my family that didn’t want to leave the first week, still don’t want to leave.

I spoke with my grama and they are on lockdown until tomorrow. Sounds like there is a lot of military activity near Brovary, but hopefully it’s the Ukrainian military trying to push the Russians out of the villages. With all of the fighting going on, the connection was very poor, which has me a bit worried. I just hope we can keep in contact with them.

My cousin and his family, who were surrounded by the Russian military managed to escape with his family and others from the village to Brovary, and is now located in the west near the Polish border. The village that they fled from was set on fire by the Russians 2 days after they left. In the picture above you will see my cousin Maksim, his wife, and my grama eating after they made it to Brovary.

The rest of the family and friends are doing okay. As okay as you can in the environment that they live in. They all look tired. After almost a month of this, people are ready to return home and they don’t care what home looks like, they just want the opportunity to rebuild and leave this horrible experience behind. I worry that the Russian government realized that they will not win, so they are going to cause as much destruction as possible before leaving the country.

Again I thank you all for what you are all doing. Visit Ukrainemke.com and send everyone there.