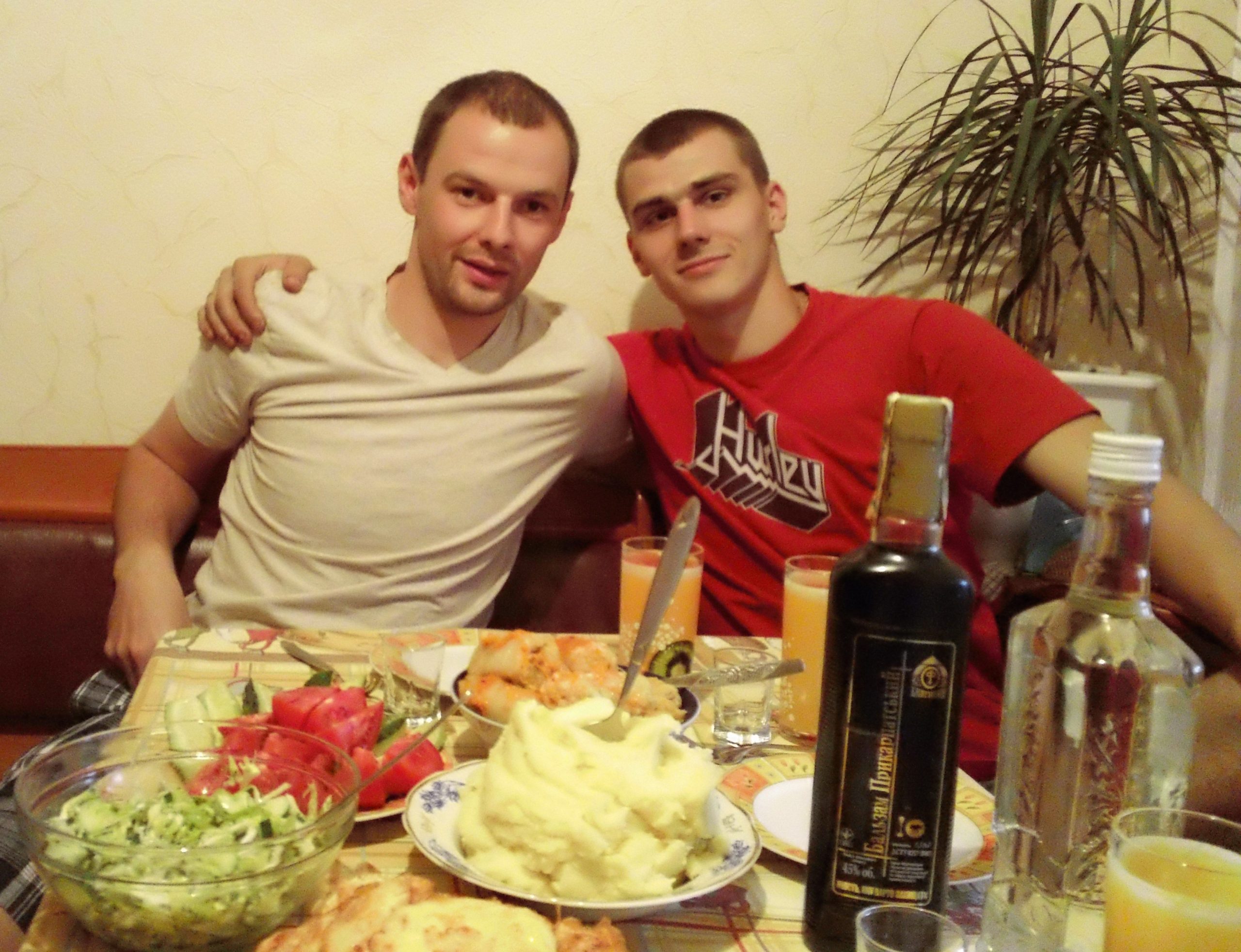 Fundraiser Update: As of this moment we have raised $40,339.22 from 504 donations. We have sent $27,500 to families that I or my grama knows. 241 items from the Amazon list have been purchased and shipped to me. My cousin Steven began Bike for Ukraine fundraiser on PayPal, check it out if you haven’t, there is a pretty sweet picture of Steve Wenglowsky and me when he visited Ukraine in 1992 and the money will be used for families and ones we know. His fundraiser can be found at ukrainemke.com

My fundraiser is going to close in 9 days, at which point I will focus more on a not-for-profit organization, Wisconsin Ukrainians and I will post more about them in weeks to come. If you are in Appleton or Green Bay area and want to get involved check them out on Facebook.

Shipping updates and issues: The original packages went out a few weeks ago and I have not gotten any updates from people on the ground that they have received them. I know they left Canada but that’s about it. I am hoping that things get there in the next week. The medics have been asking about things that we shipped so I know they want them now. I knew that this might happen because from what I am hearing Polish and Ukrainian border is overwhelmed with packages and assistance.

Now, I have family in Poland so the next package I might send directly to them in Poland and have them take it to the border. Hope this works faster.

I also want to give a shout-out to Kim Falk, who got a truckload of medical supplies from the hospital where she works at. I will work with the Wisconsin Ukrainians group to get it shipped to Ukraine. They are working with a group of doctors from UW-Wisconsin who are organizing these efforts. I want to also give a shout-out to Patty Kingston Brever, who is making Ukrainian bracelets and will donate the proceeds to us. Reach out to Patty if you want one. My uncle Mike Mural is working in the Chicago area to place donation boxes at local Harley dealers and establishments in the area. I will work with him to collect, pack and send it through the Wisconsin Ukrainians group as well.

My personal updates:
I was asked by Wauwatosa, Wisconsin common council, who passed a resolution to put up a Ukrainian flag for the next 180 days to attend a Ukrainian flag-raising ceremony and say a few words about what that meant to me and to raise the flag. I prepared for it and knew exactly what to say, but when I got up there and looked at the little girl holding a Ukrainian flag, I became speechless, because I instantly thought of the kids in Ukraine. As difficult as it was to speak, I did my best while fighting tears the whole time. This flag means more to me now than ever before. Just like I said in the speech the people of Ukraine are fighting for the same 3 phrases that I studies when I became a US Citizen, they are “Life, Liberty, and the pursuit of happiness”. Wauwatosa is an amazing place to live in, I have never seen so many Ukrainian flags anywhere else in the United States. Kid’s pictures, flags, our yard signs, yellow and blue lights are everywhere. Each night I walk our dog Ruby, I see it all.

Eric Nohelty and I decide to do a small, just for a fun indoor golf outing on April 9th in Brookfield, WI. We have 7 more spots available. It’s $100 a person and all profits will go to our fundraiser. If you are interested sign up through https://www.eventbrite.com/e/ukrainemke-golf-outing-tickets-306716626687?aff=eemailordconf&utm_campaign=order_confirm&utm_medium=email&ref=eemailordconf&utm_source=eventbrite&utm_term=viewevent

Update in Ukraine: On March 27th it was my cousin Денис Дидушко Birthday. The picture above is a picture of us when I was there in 2012. I called him to wish him a Happy Birthday, but the only thing I wanted for them is peace and to end this war. They have been near the border for the last month, living with a few other families. Kids are not going to school, they aren’t doing much, but at least they are all safe.

My grama is doing as well as she can be. The Ukrainian military forces seem to be pushing the Russians farther back from our city but no one really knows the details since they don’t want the Russians or Ukrainian to know what exactly is happening. The sirens are a common daily/nightly occurrence, the internet is hit or miss. Some days I hear and see her great some days I hear every other word and have to call her back.

I am hearing that some people without kids are returning to Kyiv and Brovary. Not sure exactly what that means but in all honestly it’s been over a month. If I didn’t have a child and was there I might do the same thing.

One of my cousins is in Poland and they are saying that there are no jobs and housing is hard to come by, they might continue their journey farther into Europe. I will be trying to assist them with finding housing if need be. I can’t imagine doing anything like that with small children, but the alternative is to go back into the war zone, which is not what any parent wants to do.

Every family that has received the money cant thank all of you enough. I originally wanted to post pictures of each family but I think it might need to wait until the war is over for their own safety. I don’t want them to become targets.

Please keep getting involved on social media, in local organizations, and in educating each other. We just went through 100 yard signs and I just picked up 100 more. They are free and can be picked up at our house. Just shoot me an email.

Again I thank you all from the bottom of my heart for what you are all doing and have done. Visit ukrainemke.com, share, and like my post.